Over a recent brunch of silver dollar pancakes and two eggs (scrambled), I was complaining to my dear friend Jimmy about how I feel like I'm not making progress in the things that I want in my life.  He put down his birthday french toast, smiled, and gave me some wise advice. He said:

“You need to spend more time up a tree, with your shoes off, eating jellybeans and watching the clouds go by.” 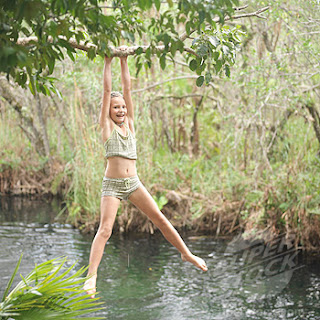 "You have no idea," he said (and I am here paraphrasing) "how hard you work.  You need to take more time OFF.  Don't push for an outcome, just let it come to you."

After brunch, it started to hit me.  I've gotten much more gentle with my expectations in the past five years but I still drive myself, and hard.  I rarely screw up, but when I do, the gloves come off.  I hold my tongue when others don’t do what I have asked them to do THREE TIMES, but if I spend a weekend without checking off everything on my to do list, it was a “waste” of a weekend.


Especially because, upon reflection, I have evidence that my weekend wasn't a waste.  I mopped the floor, baked a cake, took my friend out for birthday brunch, downloaded Office 2010 onto my computer, and watched several hours of Planet Earth, the nutritional supplement of television.  I didn't do nothing!

What I'm getting at is that it's time for me, once again, to question what it is that drives me.  Where did I learn my standards for what is and isn't ok, and am I willing to revise them?  Are they serving me?  Or are they holding me back?

What good is going for perfection if it only makes me feel broken along the way?

* I may have made up the part about eating jellybeans, but it really should be in there, so I’m pretending it was.
No comments:

I’m not a professional runner, so I won’t pretend to be one. But I’m going to tell you a story about one that, admittedly, comes second hand, so if you are a runner and I get the details wrong, please try to see the forest for the trees.

Back in the day (i.e., the 80’s) there was a guy named Cliff Young. He was a farmer in Australia and had a big farm with lots of sheep. To keep everything on the farm running smoothly, he ran from one part of the farm to another, running, running, running every day.

His friends noticed that he ran so much, they suggested to him that he run in a road race – the most grueling one they could think of, that spanned 543.7miles (875-kilometers) from Sydney to Melbourne. The race is a beast, the kind of race that usually takes fit, young athletes at the top of their form five days to complete.

So Cliff showed up at the race in his farmer clothes – overalls and work boots – while everyone else was there in their Nikes and spandex and what have you. (Remember, it’s the 80’s.) People thought he was a joke. They thought he was there for entertainment, and not to run the race. But when the gun went off, off went Cliff, too.

This is but one example of why “the way it’s always been done” doesn’t necessarily mean it’s the best way to do it. If Cliff had known what he was “supposed” to do before joining the race, he probably wouldn’t have won. And he probably would have shown up in Nikes and fancy 80’s spandex like everyone else and run differently than he did (apparently he had something of a shuffle) and possibly even have hurt himself.

And you know what? The next year everyone ran 22, slept 2.
No comments: